x
Purchase Tickets (or Login with the account you used to purchase tickets) to view the player!

The Hitchhiker’s Guide to the Galaxy 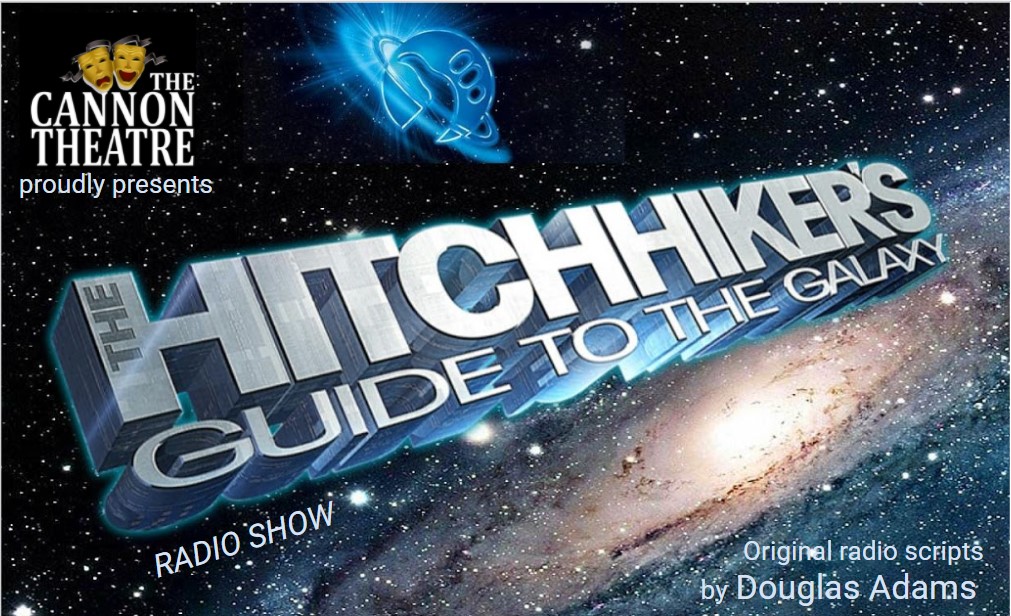 The Hitchhiker’s Guide to the Galaxy is a science fiction comedy radio series written by Douglas Adams, and originally broadcast in the United Kingdom by BBC Radio 4 in 1978. The first four episodes of this series were later adapted by Adams into his best-selling novel of the same title. The plot follows the adventures of hapless Englishman Arthur Dent and his friend Ford Prefect, an alien who writes for The Hitchhiker’s Guide to the Galaxy, a pan-galactic encyclopedia and travel guide.

Director Jerry McMahon and Technical Producer Daniel Tang are honoring every zany detail of the original radio script in The Cannon Theatre’s radio show production of the first four episodes this March.

What’s more, this audio show will be illustrated by an exhibit of original art by various talented artists from the local area and beyond. These original pieces of art will be auctioned on The Cannon Theatre’s facebook page after the show concludes. Bidders will have the opportunity to own this one-of-a-kind art and to support both the individual artists and the theater.

There will be an opening night watch party Friday March 5, at 7:30 PM EST. The show can then be accessed by ticket holders at any time from March 5 to March 14.

Russ Gannon (of Hudson, MA) as: The Narrator/Voice of the Book

Michael McAfee (of Millis, MA) as: The Barman, Slartibartfast

Nancy Rodriguez (of Sudbury, MA) as: The Cheerleader, Frankie Mouse

The Cannon Theatre is a non-­profit community theater based in Littleton, MA, but currently performing online-only during the pandemic. We are committed to keeping ticket prices low during these challenging times, so that everyone can continue to experience the joy of theater. Finding a new, bigger home for when we can all gather again is our big 2021 goal.

Any and all donations will be most gratefully accepted.